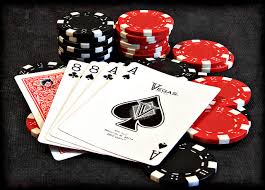 1st September was a sad day for the mid-stakes poker scene when they lost one of their own. Eric Thompson passed away on this day while he was participating in the Oklahama State championship’s inaugural event that was held in Hard Rock Tulsa. He had a heart attack during a tournament hiatus. It is sad as this 39 year-old has celebrated his birthday on 20th of August.

Since 2007, Thompson was a regular mid-stake participant around the Midwest US. He was a winner in the 2010 Hard Rock Tulsa Poker Open $340 NLHE where we took home $41,132. This was followed by another win at the 2014 Choctaw Fall Poker Series Championship (CFPSC) for $103,228. Three year ago he also participated and was first in the 2015 Grand Poker series $240 Championship and he turned out second in the Choctaw Fall Poker Series Monster Stack. In these two events, he won a total of $545,075 in live action winnings. Are you wondering where else you can make this kind of winnings apart from poker? You can try betting in the best online sportsbooks that we have in our listings.

Thompson was having a great run in the tournament when this medical emergency happened. In his honour, players chose to have his hand blinded out and not removed. He was also honoured with a moment of silence before the beginning of Day 2.

John Reynolds who is a fellow poker grinder stated that he spent a lot of poker hours with Thompson and it was always a battle. He pointed out that he was a great person who was always ready to share his hotel room and talk through the night about poker. He added that they had great times in Siloam, Joplin, Tulsa, St. Louis, Durant and Las Vegas.

Another of his friends Cary McFarland said that the poker community has undergone a great loss and they have lost a wonderful soul. He is best known in his hometown of Tulsa and he was liked greatly in the world of poker as well. He was fiercely competitive in the world of poker but he was equally a caring and conscientious person in the real world. He said that he always had a word of encouragement for the lesser poker players or a word of celebration and support when one outdid his skills.

This championship started off on August 30th and ended on 9th August. There was a $100 buy-in NLHE tournament that offered a $100,000 guarantee.


This entry was posted
on Tuesday, September 11th, 2018 at 4:42 pm and is filed under Poker News.
You can follow any responses to this entry through the RSS 2.0 feed.